When Political Correctness Took Over in Yorkshire

por A-24, em 08.09.14
Perfect storms don't come much more perfect than the Rotherham child-abuse revelations currently rocking the U.K. Everything modern Britain is famous for fretting over—from class to race, pedophiles to official incompetence—is implicated in this sordid story of abuse in and around a northern English town once known for producing steel.
All eyes have been on Rotherham since a report into child sexual abuse there was published on Tuesday. Commissioned by Rotherham Borough Council and wrote by Professor Alexis Jay, the report makes grim reading. It says that from 1997 to 2013, 1,400 children and teenagers were subjected to "appalling abuse" by gangs of older men. Some of the victims, the vast majority girls, were trafficked around Britain to be sexually abused. Some were beaten, some raped.
The report says a key reason the abuse went on for so long is because of the "collective failures" of the local authorities, including police. Despite being presented with what Ms. Jay calls stark evidence that abuse was taking place, the Rotherham authorities underplayed the seriousness of the problem. The institutions charged by modern society with protecting the vulnerable from the malevolent through their inaction allowed the abuse to continue.
It took the press, one of the most maligned institutions in Britain, to do the thing that they're so often criticized for doing—digging dirt—for the Rotherham abuse to become a national story. Dogged reporters at the Times of London, owned by the same company as this newspaper, played a central role in exposing child abuse in towns like Rotherham and forcing an investigation. 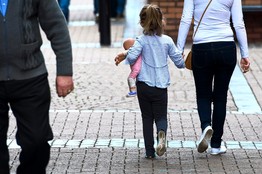 A street in Rotherham, now the epicenter of a sex-abuse scandal. EPA
Why were officials so unwilling to poke their noses where they most certainly did belong? Because of the race and class of the perpetrators and victims, according to the Jay report. The vast majority of the abusers were of Pakistani and Muslim origin. The vast majority of their victims were white and working class.
Ms. Jay's report finds that fear of appearing racist held back Rotherham's officials from giving the case the attention it so obviously deserved. Many of those interviewed by Ms. Jay talked about their "nervousness about identifying the ethnic origins of perpetrators for fear of being thought racist."
Julie Bindel, a feminist campaigner who has investigated the phenomenon of girls being exploited by groups of Pakistani Muslim men, says she has long found herself battling the cultural sensitivities of officialdom. In 2008, when she wrote about the disappearance of a 14-year-old girl in Blackpool in northwest England who had reportedly been exploited by South Asian gangs, Ms. Bindel was told by police and social services that they were "treading carefully" when it came to naming the suspected perpetrators because they did not want to provoke a "race riot."
"I argued, as an antiracist, that it was important that this issue was not pushed under the carpet, because if it were, then the likes of the [far-right] British National Party would colonize the story for its own ends," Ms. Bindel tells me. "But much of the liberal press were scared to name this particular phenomenon," she says.
So this is more than a story of opportunistic men taking advantage of vulnerable girls from a poor, postindustrial town. It speaks to the elevation of offense-avoidance above everything else, even the basic civilized requirement to protect the vulnerable. This is why the Rotherham story has rattled so many. They feel that the abuse is partly a consequence of the moral cowardice of modern-day politicos more concerned with appearing right-on than doing what is right.
Rotherham exposes the danger of politically correct underreaction to reports of serious crimes. Yet there is a risk that the story will spark a serious overreaction in another regard. The story plays into a rather unhealthy obsession of modern Britain: pedophiles. 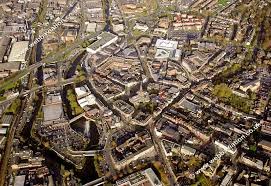 The revelations are being crammed into an increasingly popular narrative about perverts preying on kids everywhere. From the Operation Yewtree investigations into high-profile pedophiles at the BBC and other institutions to recent (unfounded) claims that there was a pedophile network in Parliament in the 1980s, many Brits have become convinced that a conspiracy of weirdos threatens the nation and its children.
Ellie Lee, Director of the Centre for Parenting Studies at the University of Kent, calls for caution. "What happened in Rotherham was terrible," she says. "But unbalanced overreaction will make a bad situation worse. The panic about sex abusers in Britain has led to a climate of suspicion and distrust, meaning kids can barely play out unaccompanied anymore and teen lives are more policed than ever. Britain is not teeming with sex offenders and kids are not in general at risk. A clear head is needed."
It might help tamp down overactive imaginations if the public could trust their officials to vigorously pursue sex-crimes cases when they do occur. Whatever the veracity of the underlying claims, the BBC and Parliament uproars have fed off of a sense that the powerful use their influence to protect themselves at the expense of children. Rotherham officials trying to protect their political reputations are part of that pattern, too. Rebuilding public trust in the government must be a matter of urgency if Britons are not to live in a climate of fear.
Mr. O'Neill is editor of the online journal Spiked.
Esta página utiliza cookies. Consulte a nossa Política de cookies.