por A-24, em 05.06.14
Totalitarismo Universalista via The Guardian
«They [os angolanos] are investing in luxury apartments at Cascais, a fashionable seaside resort, and buying up companies hastily privatised by the authorities. They – and the Chinese – are the prime beneficiaries of the "golden visas" that the government has promised to anyone investing €500,000 ($650,000) in the country.» (...) 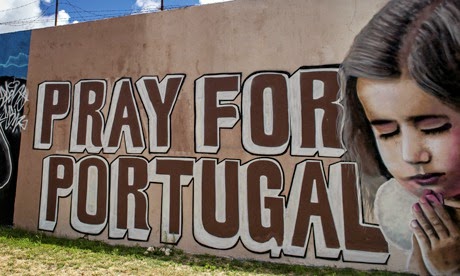 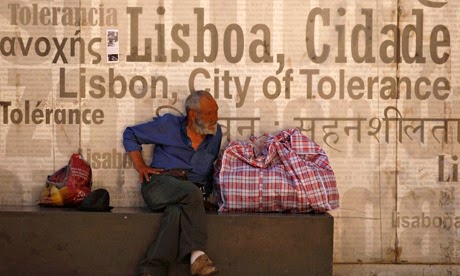 «Portugal is locked in a hypocritical silence, says Pedro Rosa Mendes, a former journalist turned writer. It is hard to disregard the fact that Lisbon welcomes with open arms funds from a country with a shaky record on human rights. "Angola is one of the world's most corrupt countries," says João Paulo Batalha of Transparency International. Last year it put Angola in 153rd position, out of 177, for its lack of transparency. But Angolan money is a boon for the Portuguese economy, in desperate need of liquidity. "The crisis has created a climate of fear," Batalha adds, noting that Portugal is by no means the only European country to turn a blind eye when accepting funds of doubtful origin.
"Portugal is in a tricky situation. It needs Angolan money and must also watch out for Portuguese residents in Angola". About 100,000 Portuguese nationals currently live in the former colony. Much as with Brazil in the past, many young Portuguese, dogged by unemployment at home, see their future in Angola.»
Esta página utiliza cookies. Consulte a nossa Política de cookies.