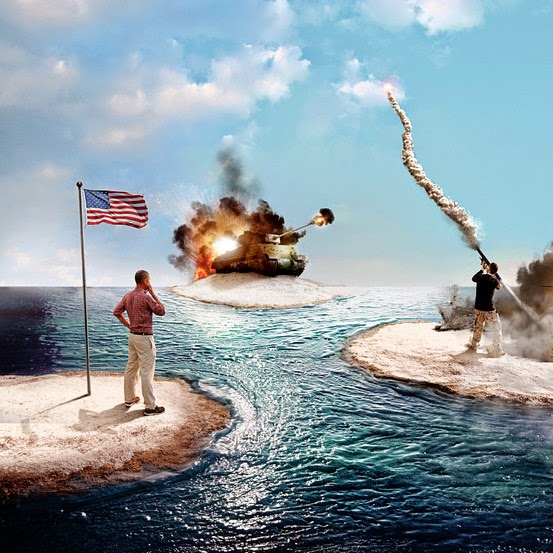 First it was the Europeans who sought an escape from the tragic realities of power that had bloodied their 20th century. At the end of the Cold War, they began to disarm themselves in the hopeful belief that arms and traditional measures of power no longer mattered. A new international system of laws and institutions would replace the old system of power; the world would model itself on the European Union—and if not, the U.S. would still be there to provide security the old-fashioned way.
But now, in the wake of the wars in Iraq and Afghanistan, it is the U.S. that seems to be yearning for an escape from the burdens of power and a reprieve from the tragic realities of human existence.
Until recent events at least, a majority of Americans (and of the American political and intellectual classes) seem to have come close to concluding not only that war is horrible but also that it is ineffective in our modern, globalized world. "There is an evolving international order with new global norms making war and conquest increasingly rare," wrote Fareed Zakaria of CNN, borrowing from Steven Pinker of Harvard, practically on the eve of Russia's invasion of Ukraine and the Islamic State's march across Syria and Iraq. Best-selling histories of World War I teach that nations don't willingly go to war but only "sleepwalk" into them due to tragic miscalculations or downright silliness.
For a quarter-century, Americans have been told that at the end of history lies boredom rather than great conflict, that nations with McDonald's MCD -0.74% never fight one another, that economic interdependence and nuclear weapons make war among great powers unlikely if not impossible. Recently added to these nostrums has been the mantra of futility. "There is no military solution" is the constant refrain of Western statesmen regarding conflicts from Syria to Ukraine; indeed, military action only makes problems worse. Power itself isn't even what it used to be, argued the columnist Moisés Naím in a widely praised recent book.
Enlarge Image
President Barack Obama and British Prime Minister David Cameron bow their heads Thursday for a moment of silence at a NATO summit in Wales. Reuters
History has a way of answering such claims. The desire to escape from power is certainly not new; it has been the constant aspiration of Enlightenment liberalism for more than two centuries.
The impossibility of war was conventional wisdom in the years before World War I, and it became conventional wisdom again—at least in Britain and the U.S.—practically the day after the war ended. Then as now, Americans and Britons solipsistically believed that everyone shared their disillusionment with war. They imagined that because war was horrible and irrational, as the Great War had surely demonstrated, no sane people would choose it.
What happened next, as the peaceful 1920s descended into the violent and savage 1930s, may be instructive for our own time. Back then, the desire to avoid war—combined with the surety that no nation could rationally seek it—led logically and naturally to policies of appeasement.
The countries threatening aggression, after all, had grievances, as most countries almost always do. They were "have-not" powers in a world dominated by the rich and powerful Anglo-Saxon nations, and they demanded a fairer distribution of the goods. In the case of Germany, resentment over the Versailles peace settlement smoldered because territories and populations once under Germany's control had been taken away to provide security for Germany's neighbors. In the case of Japan, the island power with the overflowing population needed control of the Asian mainland to survive and prosper in competition with the other great powers. 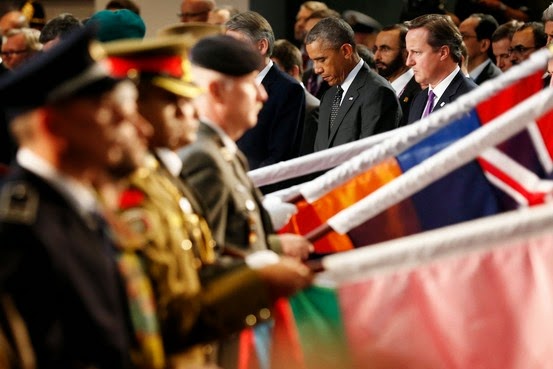 So the liberal powers tried to reason with them, to understand and even accept their grievances and seek to assuage them, even if this meant sacrificing others—the Chinese and the Czechs, for instance—to their rule. It seemed a reasonable price, unfortunate though it might be, to avoid another catastrophic war. This was the realism of the 1930s.
Eventually, however, the liberal powers discovered that the grievances of the "have-not" powers went beyond what even the most generous and conflict-averse could satisfy. The most fundamental grievance, it turned out, was that of being forced to live in a world shaped by others—to be German or Japanese in a world dominated by Anglo-Saxons.
To satisfy this grievance would require more than marginal territorial or economic adjustments or even the sacrifice of a small and weak state here or there. It would require allowing the "have-not" powers to reshape the international political and economic order to suit their needs. More than that, it would require letting those powers become strong enough to dictate the terms of international order—for how else could they emerge from their unjust oppression?
Finally, it became clear that more was going on than rational demands for justice, at least as the Enlightenment mind understood the term. It turned out that the aggressors' policies were the product not only of material grievances but of desires that transcended mere materialism and rationality. 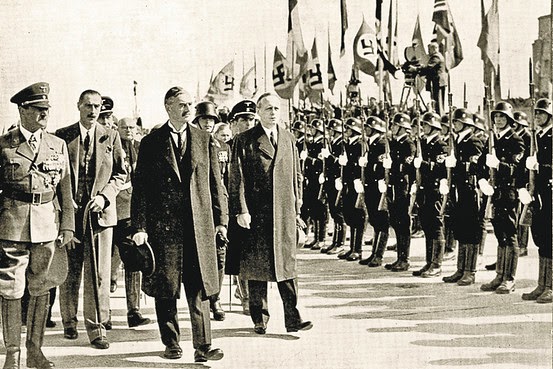