por A-24, em 14.09.14
The Guardian
Jorge Mendes: the football agent who just won transfer deadline day
He made a fortune by bringing Angel Di Maria to Man Utd andDiego Costa to Chelsea. So the most powerful man in football must be super talented, right?
Name: Jorge Mendes.
Age: 48.
Appearance: Portuguese nightclub owner, which is exactly what he used to be.
How fascinating. What is he now? The most powerful man in football, it could be argued. Probably by him. 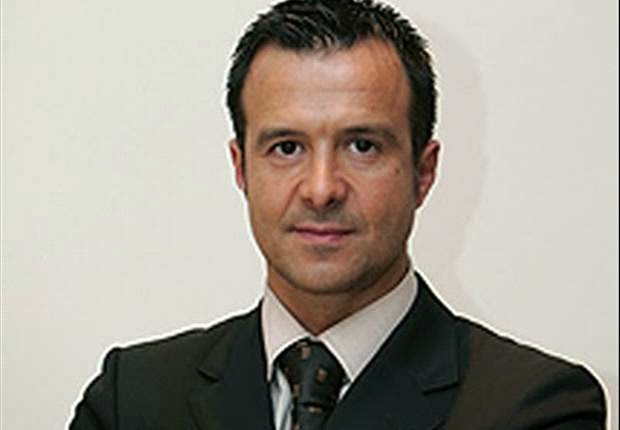 Why? Because he is unquestionably the world's top football agent, and he has just had another stonking transfer window.
I arguably don't know what that means. Players can only move between football clubs during two periods of the year – a short one in midseason, and a long one in the summer. This is the time when football agents make most of their money, and Mendes has just brokered four of the seven biggest deals worldwide.
Crikey. Crikey indeed. Between them, James Rodriguez, Angel Di Maria, Diego Costa and Eliaquim Mangala were sold for £195m, with Mendes taking a cut of each.
He must be a very talented man. What do we know about him?Very little. He was born in Lisbon, wanted to be a footballer himself but didn't make it, met the goalkeeper Nuno in a bar, ended up negotiating Nuno's transfer to Deportivo La Coruña, and somewhere along the line learned to speak English, French, Italian and Spanish. Gradually, his company Gestifute built up contacts around the world and a client base that includes many of the best Portuguese and South American players and managers.
Right. So the moral of the story is: forget your talent, just hang around in bars as much as possible. I'm not sure that is the moral. Indeed the rival football agency Formation alleges that a certain amount of skulduggery was involved.
I see. Manchester United fans would certainly call Mendes talented, however, and some other things. Not only did he sell them the great Ronaldo for £12m, he also convinced the club to pay around £42m for the much less great Nani, Anderson and Bébé.
So some of his clients are rubbish too? Oh yes. If you look at Gestifute's weirdly cheap and dreadful website, you'll find the likes of Pizzi and Cícero mixing it with Ronaldo and Falcao. They also get short biographies that sound like introductions from a drunk Alan Partridge.
Got any examples? Oh yes …
Don't say: (About Diego Costa) "The ball is an allied, thus he fondles it, treats it well and never otherwise."
Definitely don't say: (About Custódio) "Ants are small but tireless in their work; they are not noticed much, are not exuberant, but are terribly practical and effective. Custódio is not an ant, but the work he gets through on the pitch can be likened to these small social insects."
Esta página utiliza cookies. Consulte a nossa Política de cookies.