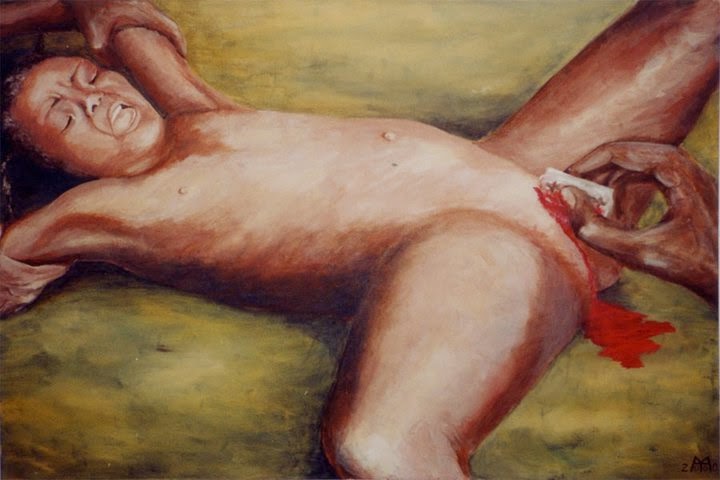 FGM has been a crime in Sweden since 1982 and can be punished by up to four years in prison, increased to 10 years if judged to be an aggravated offence.
According to EIGE, concerns about FGM became widespread in Sweden in the early and mid-1990s with the influx of Somali migrants: “The first national action taken in the field…was initiated after alarming testimonies from the healthcare sector indicating the existence of FGM among many — if not all — women that originated from FGM-practising countries.”
Now the daughters of immigrants are in danger of undergoing FGM. According to theLocal, the risk of becoming a victim of the procedure increases in the summer when many schoolgirls visit their parents’ home country: “We're working to inform parents that they could face prison if they come back and their children have undergone female genital mutilation,” said Petra Blom Andersson, student health coordinator in Norrköping.
Mutilation carried out abroad has been a crime in Sweden since 1999.
In 2013, Somalis were the third largest group granted asylum in the EU countries, according to a Eurostat figures reported yesterday by Breitbart London, with almost 10,000 granted protection. Sweden gave refugee status to 26,400 people last year, more than any other EU country. The third largest group arriving in Sweden came from Eritrea, a country in which according to a UN report FGM is illegal but widely practised, with the rate estimated at 94 per cent.
FGM is carried out in 28 countries in the world. It involves the cutting and/or the removal of the clitoris and other vaginal tissue, often under unsanitary conditions.
According to the European Commission, “while all EU member states have legal provisions in place to prosecute the perpetrators of FGM, either under general or specific criminal laws, prosecutions are very rare. This is due to difficulties detecting cases, gathering sufficient evidence, a reluctance to report a crime and, above all, a lack of knowledge about female genital mutilation.”
Esta página utiliza cookies. Consulte a nossa Política de cookies.