por A-24, em 12.07.14
*According to the North Korean media.
North Korea have qualified for the World Cup Final in Brazil, where they will face the might of Cristiano Ronaldo and Portugal. 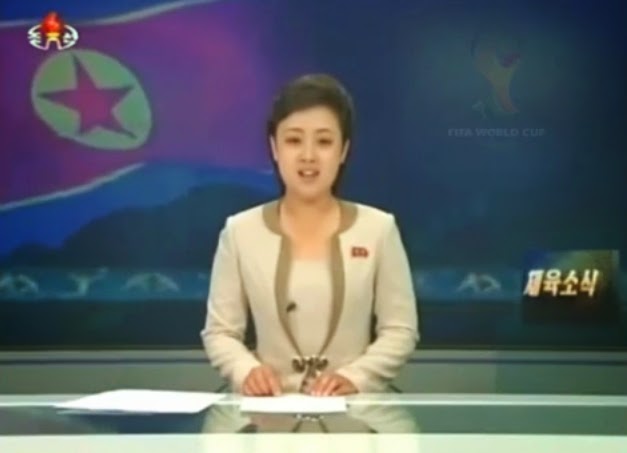 That’s what the state-run North Korean TV station are telling the nation, with this news report including footage of matches that were clearly played years ago in empty stadia.
Apparently, North Korea got to the final after beating Japan 7-0, USA 4-0 and China 2-0 in the group stages.
Impressive.
Enda Kenny should really take note – this would have been one way to take the country’s mind 0ff yer man in the baseball cap.
Source
Esta página utiliza cookies. Consulte a nossa Política de cookies.