por A-24, em 29.09.14
Via Breitbart
China blocked the photo-sharing site Instagram over the weekend due to massive pro-democracy protests in Hong Kong. People posted pictures of police using tear gas on the demonstrators. 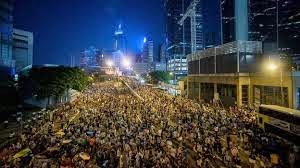 The photos used hash tags such as #OccupyCentral and #UmbrellaRevolution. The latter hash tag was developed after many protesters used umbrellas to defend themselves against the police. China blocked these hash tags on “Hong Kong Tear Gas” on Weibo, China’s version of Twitter, and Baidu, China’s largest search engine. However, the site is still allowed in Hong Kong.
China is well known for severe censorship laws. The Global Times, which is associated with state media People’s Daily, ran a column arguing that these protests ruin Hong Kong’s image, mainly in economics. Hong Kong, New York City, and London are the top three financial hubs in the world. The unnamed author offers excuses for China’s censorship and insists these moves help keep the peace. From the Global Times:

Radical activists in Hong Kong announced early Sunday the launch of the Occupy Central movement, raising the curtain on an illicit campaign earlier than expected. Photos of Hong Kong police being forced to disperse demonstrators with teargas have been widely circulated online across the world. These activists are jeopardizing the global image of Hong Kong, and presenting the world with the turbulent face of the city.
....
China is no longer the same nation it was 25 years ago. We have accumulated experience and drawn lessons from others, which help strengthen our judgment when faced with social disorder.
The country now has more feasible approaches to deal with varied disturbances.
Recent years have witnessed many severe mass incidents, but none had the ability to disturb the thinking of society. China has tackled these incidents smoothly. 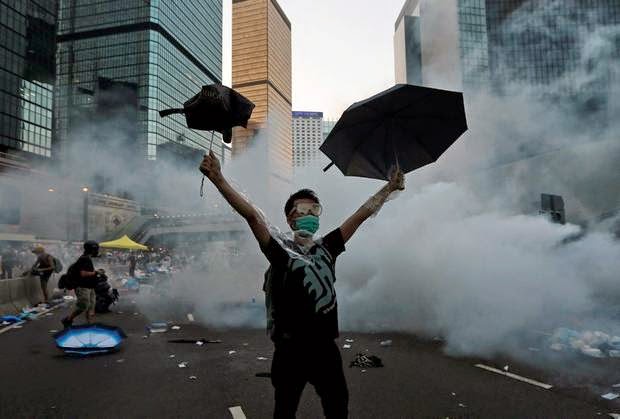 Unsaid in the article is the vast differences in levels of freedom between Hong Kong and China. Hong Kong does not have censorship. The residents enjoy freedom of speech, free press, and free assembly. In a 1999 special, John Stossel demonstrated how easy it was to open a business in Hong Kong compared to America. Milton Friedman told Stossel that “Hong Kong showed us all a lesson on how to make everyone’s life better.”
Esta página utiliza cookies. Consulte a nossa Política de cookies.