Three Frenchmen, including the brother-in-law of a Toulouse-based al Qaeda-inspired gunman who killed seven people in 2012, were arrested on Tuesday at a Paris airport suspected of having joined Islamic militants in Syria, a French official said. 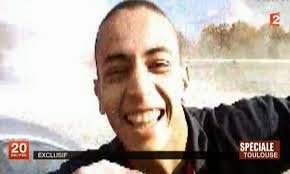 Around 150 militants who fought with rebel groups in Syria and Iraq have returned to France, requiring “massive” resources for surveillance and other security measures to prevent attacks.(…)
The three men including the husband of Souad Merah, whose brother Mohamed killed seven people including three Jewish children in March 2012, were arrested at Orly airport in Paris. (…)